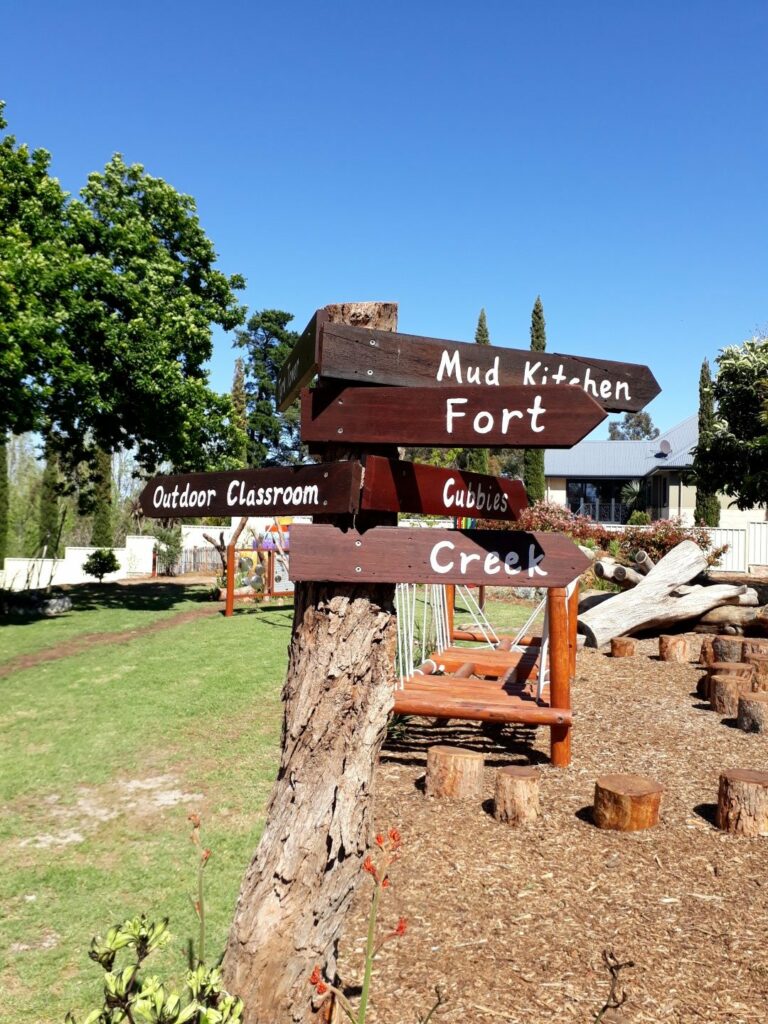 A word from Maggie Dent:  I had the honour of opening this nature play space and was thrilled to see that it was largely parent driven and built for under $15,000. The local community has also helped out and so they not only built a play space they built a stronger community for their lucky kids. There was SO MUCH TO LOVE in this playground. Fabulous work and congratulations to you all. Thanks to the students who walked me through the Loquat Grove telling me the creation story of all the bits. I left full of pure joy. You can read the full article on Maggie Dent’s website here – www.maggiedent.com/nature-play/marys-mount-primary-school

About our Nature Playground:
In 2016 the Principal and Assistant Principal of our school identified an under-utilised area of the school that would make a great nature play space for our students. They had a vision of tree climbing, risk taking, creativity and outdoor adventures. But when they approached several companies for quotes they realised this could have a big price tag (over $60,000) and our budget was only $14,000. Apparently there was a mum in the school who knew something or had a contact and so she was approached. From here our project was born.

Two mums (Kate & Faye), passionate about nature play, started working on the project in August 2016. They researched a lot, visited lots of nature play spaces and used the guidance of Kidsafe WA to plan the area along with the school principal, assistants and groundsman. The students were also asked to design their ideal play area and these ideas were incorporated into the plan. 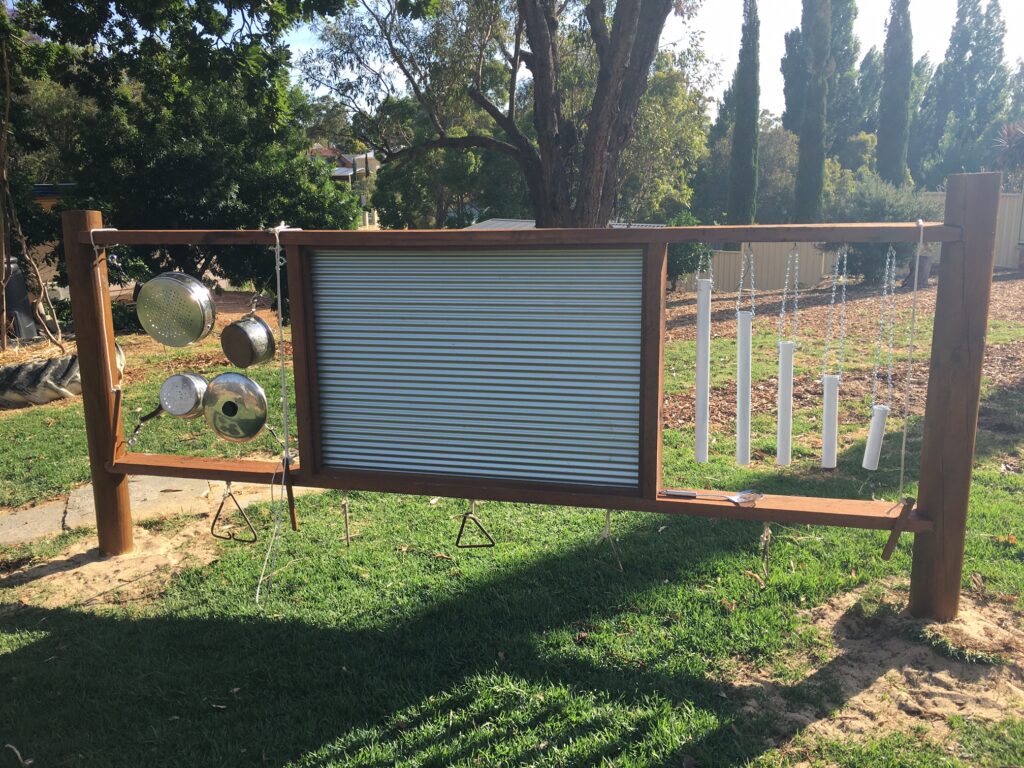 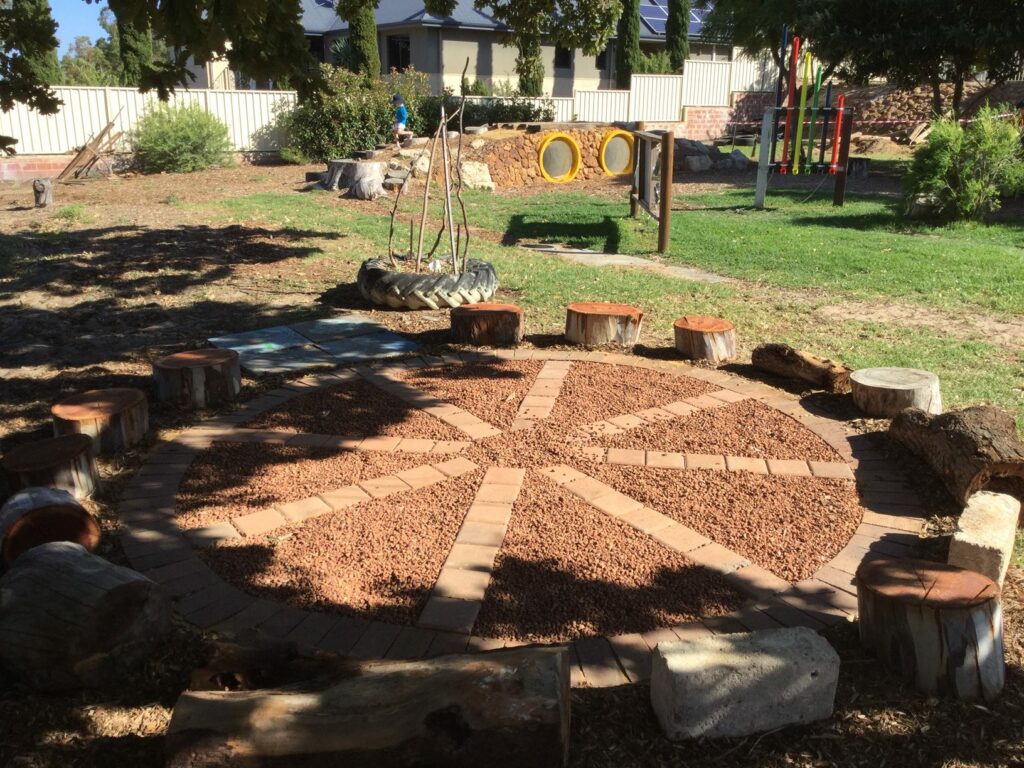 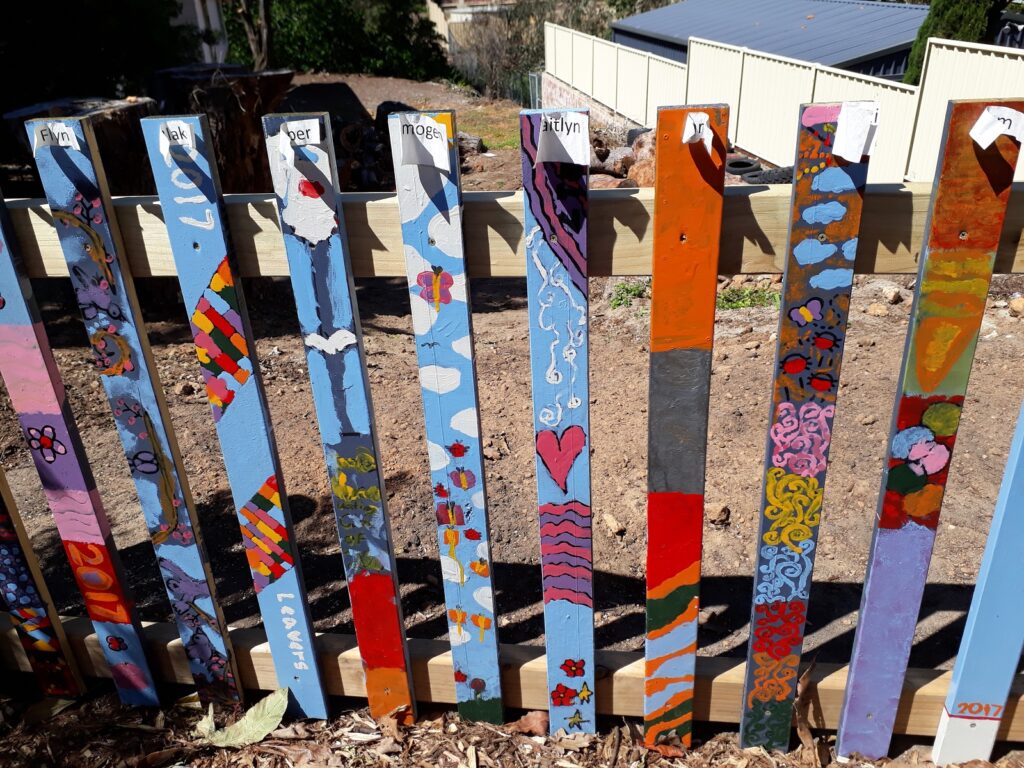 The first step was to find out how much we could source from our local community, both in materials and resources. We had donations of railway sleepers, pallets, rocks, sand, gravel, tyres, pvc pipe, sinks, a microwave, and a guy down the road even brought some boulders he had just dug up over to the school in his bobcat. Two dads came in with their excavator and bobcat and dug out an old concrete cricket pitch and created a mound over two concrete pipes that were lying unused at the school.

A big busy bee at the end of October, with about 20 parent volunteers, really kicked things off with the completion of the 2 tunnel mound with tyres, log and rock steppers and rock retaining walls; mulch to many areas; a sandpit for the end of our concrete creek bed; and soft fall mulch to all the necessary height areas. Some very creative and handy dads have built some key features for us: a mud kitchen; a panelled music wall; a thong-a-phone; and a teacher’s throne, all from donated materials. This year we have added a water pump, a herb garden in a bathtub to the mud kitchen and an outdoor classroom were all added including a concrete creek bed connecting the water pump and sandpit, an upright log cubby, swinging log bridge, giant tyre climbing tower, loose parts play shed, landscaped pathways and more. 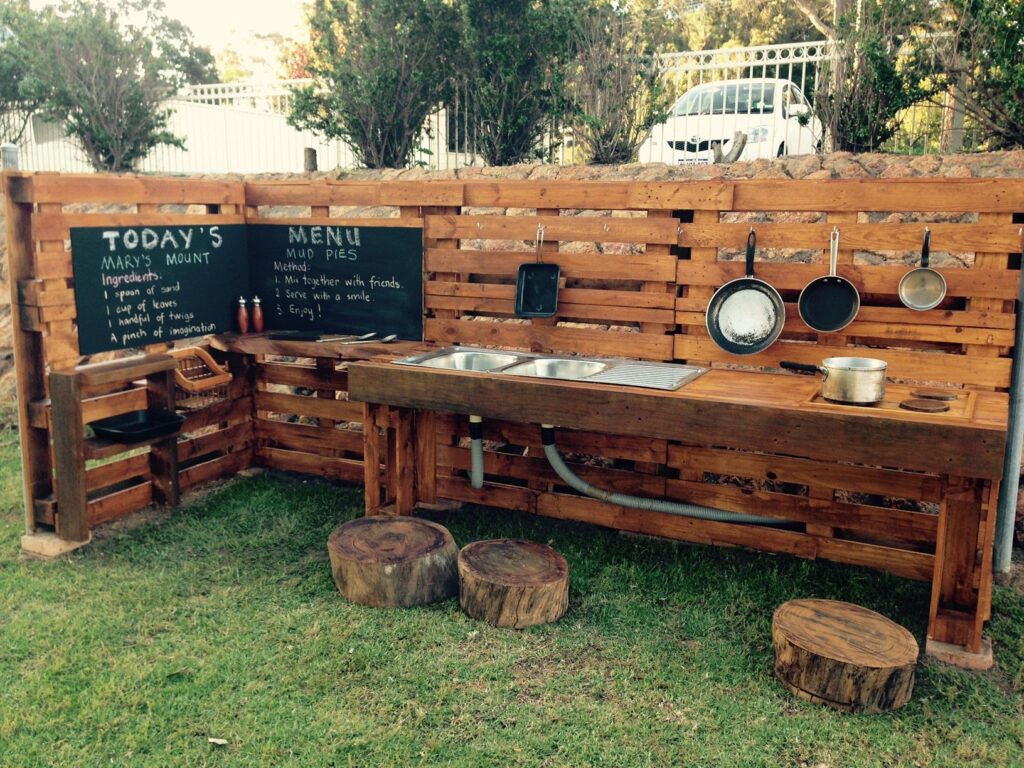 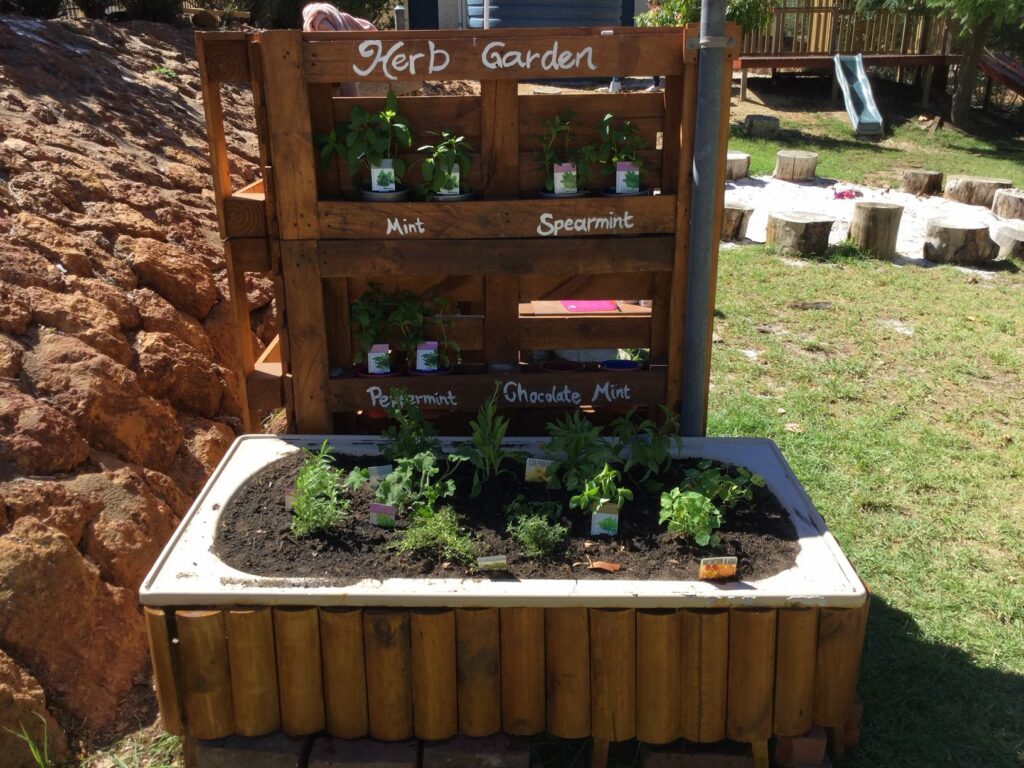 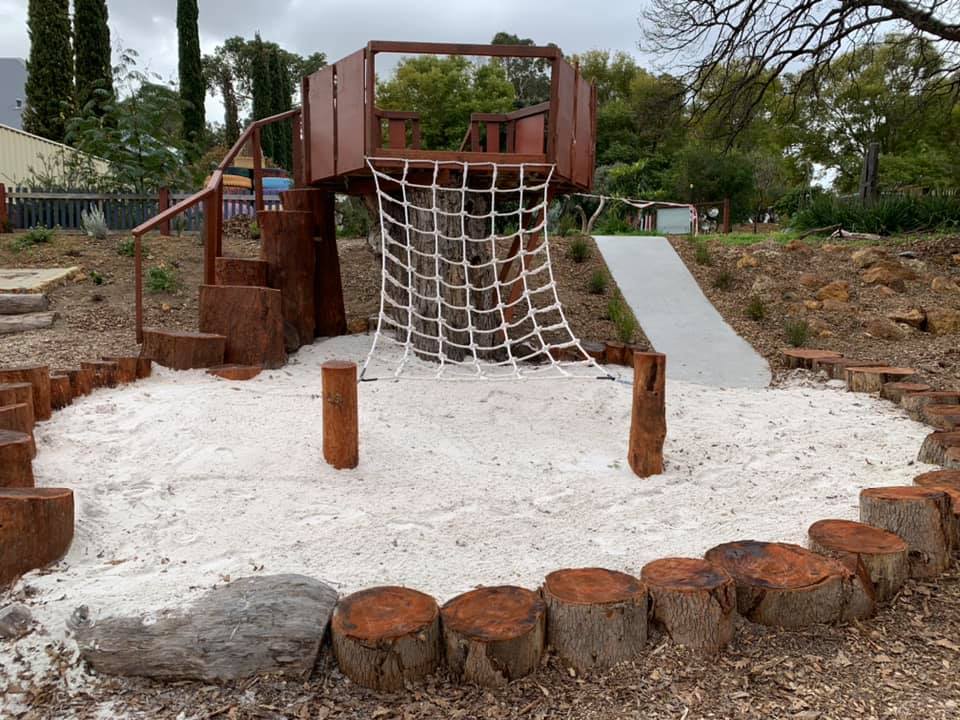 Some of the smaller projects were completed by mums in a fortnightly “Coffee Creatives” sessions and others at busy bees or by parent volunteers, only calling in companies when necessary. To keep costs down the school community did as much as they could within the school community. We were blown away by the generosity of uncles, grandparents and family contacts who were keen to support the project and create a fantastic play space for our kids!

Stage One was completed and opened in 2017 by Maggie Dent. Last year construction started on Stage Two of the nature playground which has just been completed. Again Kate volunteered her time in coordinating a team of volunteers including the donations of goods, skills and labour. Stage Two includes climbing nets, climbing logs, a sandpit and large slide.

It wouldn’t have happened without our wonderful parent volunteers!

A nature playground of this size and scale would have cost our school over $100k. Kate was a driving force behind this project. Her commitment, passion, vision and energy over the past five years has resulted in an awesome nature playground for a fraction of the cost. Many hours of time volunteered, and the bringing together of people, not only in our school community, but volunteers from the local shire have resulted in a wonderful playground that our children get to play in every day and can enjoy for many years to come.

We are forever grateful to Kate and all of the volunteers who worked alongside her for everything they have done to bring this project to life. 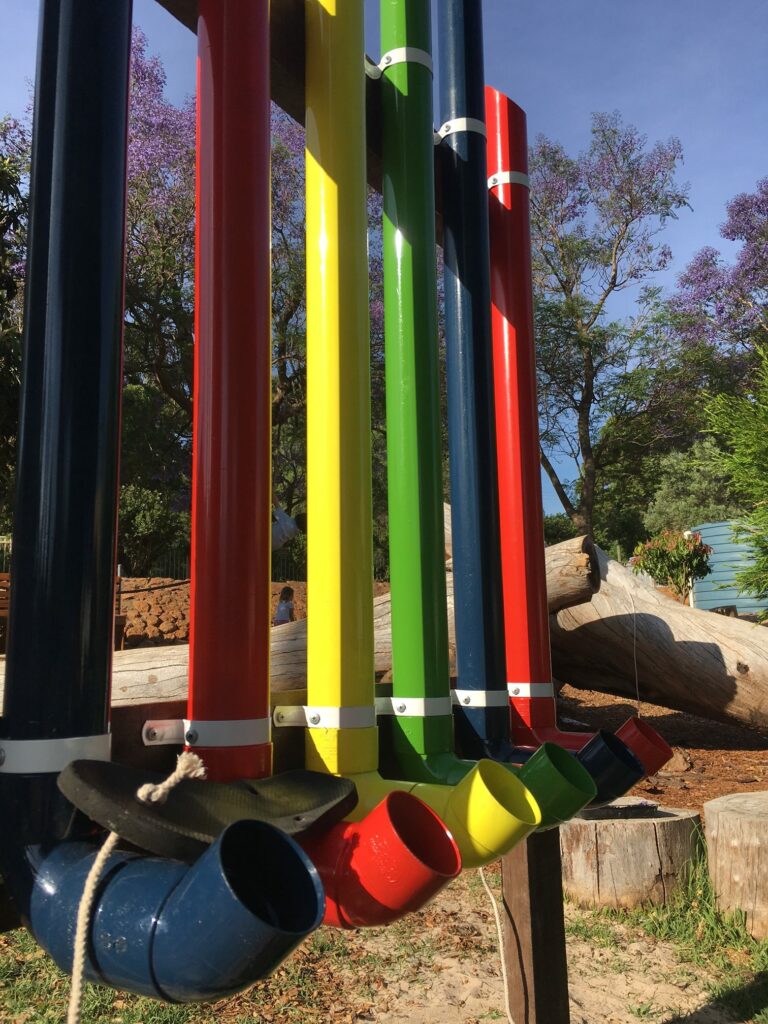 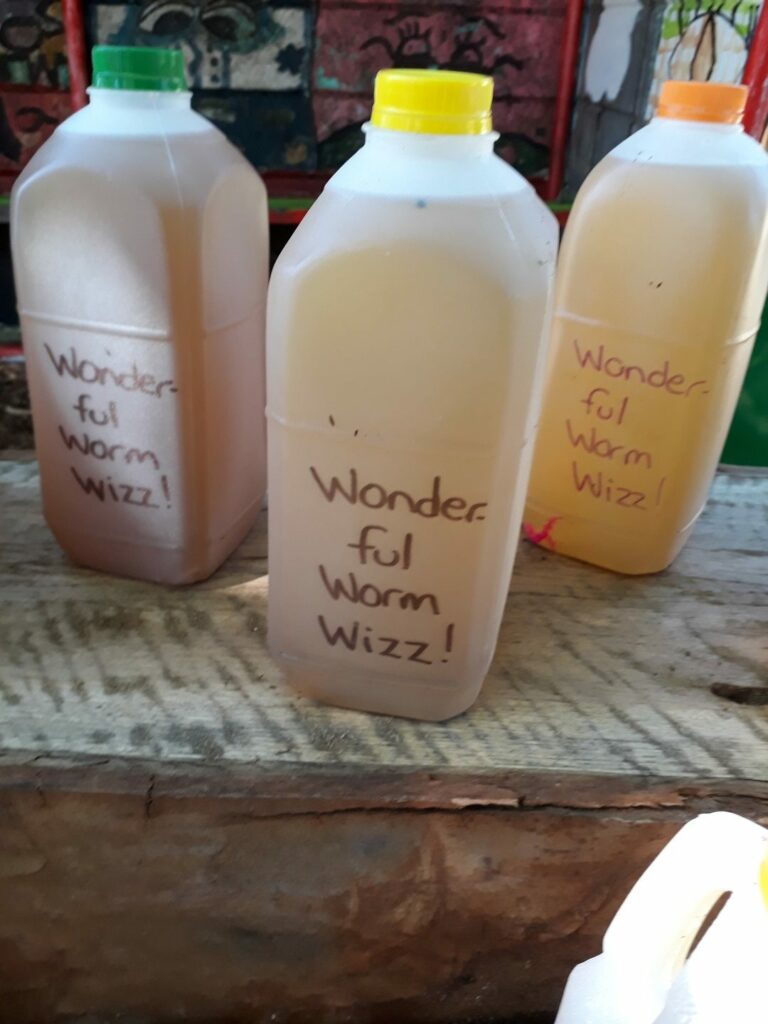 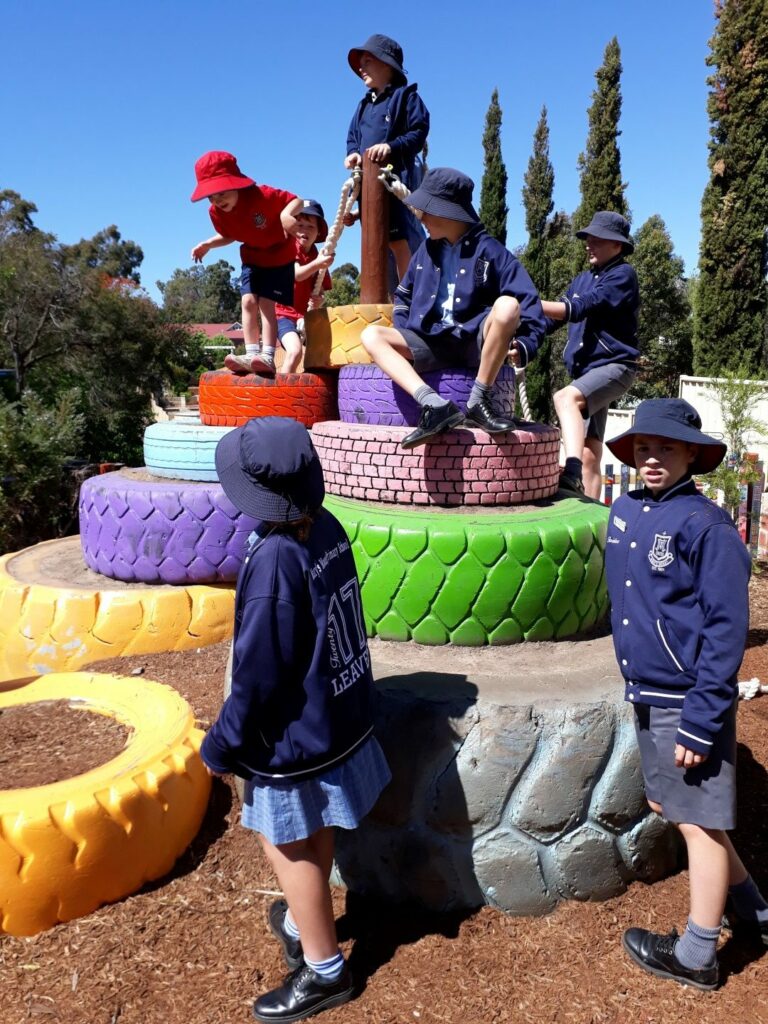 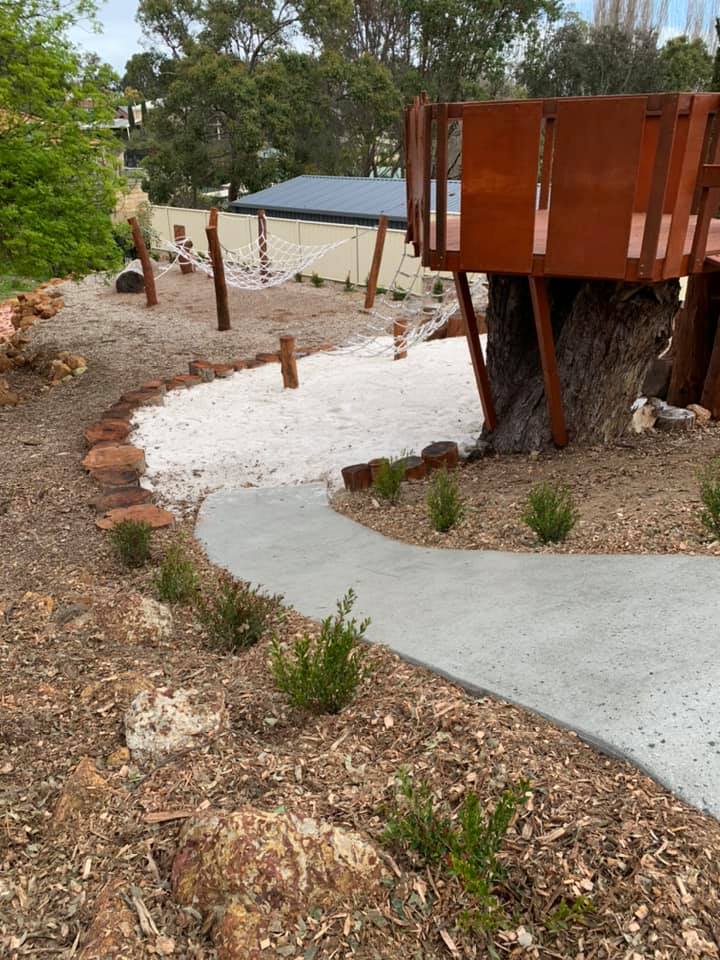 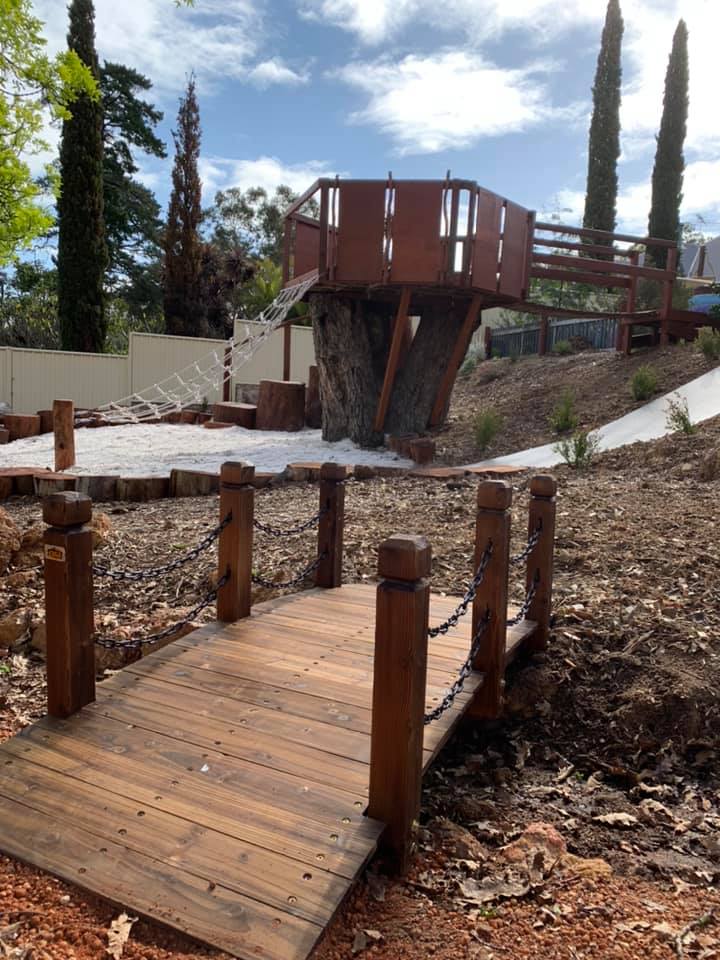 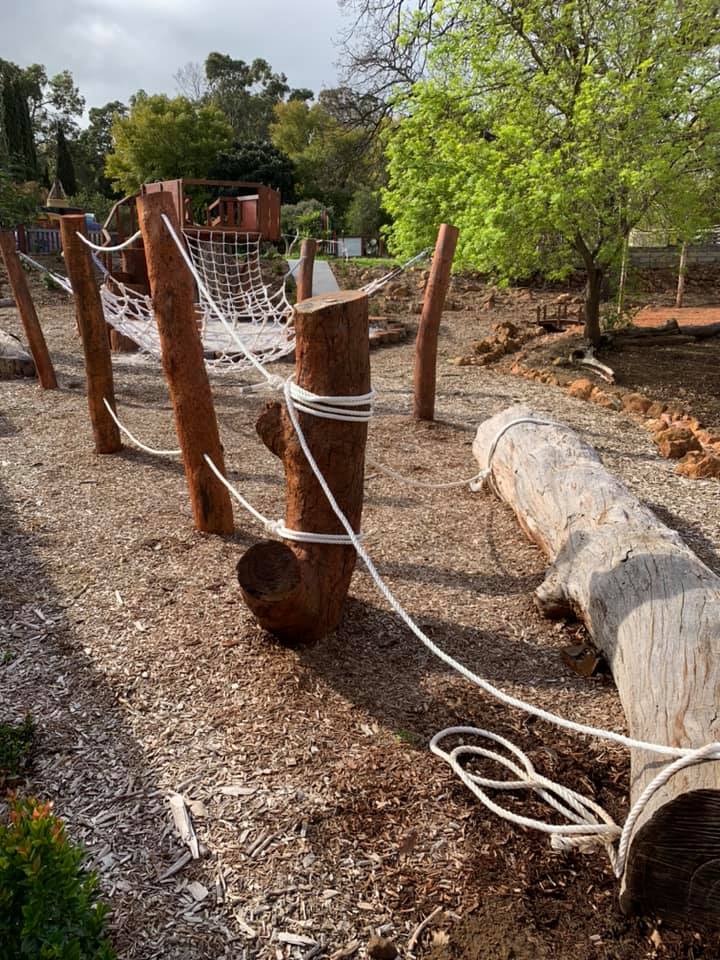